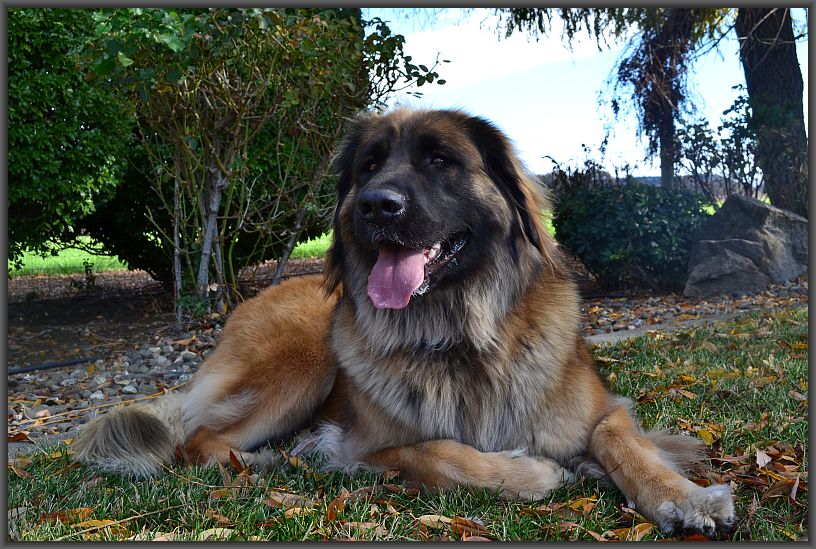 Sable has completed all her health testing and received her CHIC #110640 from the Orthopedic Foundation for Animals.

She has an impressive pedigree demonstrating extended longevity and has many ancestors successful in conformation and performance.

Sable has had a good start to her show career, taking Best Of Winners each time in her first 3 shows.

In June 2015, she finished her AKC Championship.

November 14, 2015 - Best of Opposite at the North California Leonberger Club Regional Specialty.

A History in Pictures