A dear friend and mentor of mine, Caroline Isberg, has spent over ten years researching the Leonberger for her upcoming book on the history of the breed in the United States. Through her generous sharing of this research, I learned that in 1879, an actress named Marie Wellesley imported the first two Leonbergers to the United States from Herr Essig's German kennel. She named them Sultan and Para. Monarch, a son of Sultan, became the most famous Leonbergers in the United States performing throughout the country on stage at his owner's side. Among their most popular productions were Old Cross, The Danites, Trapper and His Dog, and Uncle Tom's Cabin.

I chose to name my kennel after this outstanding Leonberger. 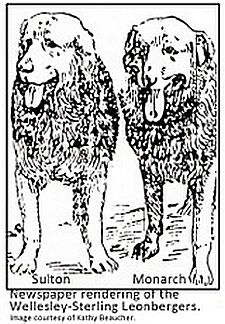 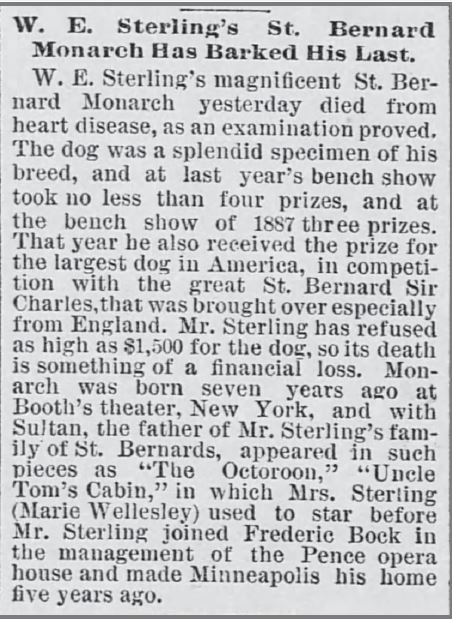 The notice of Monarch's death is from the Saint Paul Globe (Saint Paul, Minnesota) - Monday, April 8, 1889